Get fresh music recommendations delivered to your inbox every Friday.
We've updated our Terms of Use. You can review the changes here.

by J.S.Fuck & The Hippies From Hell 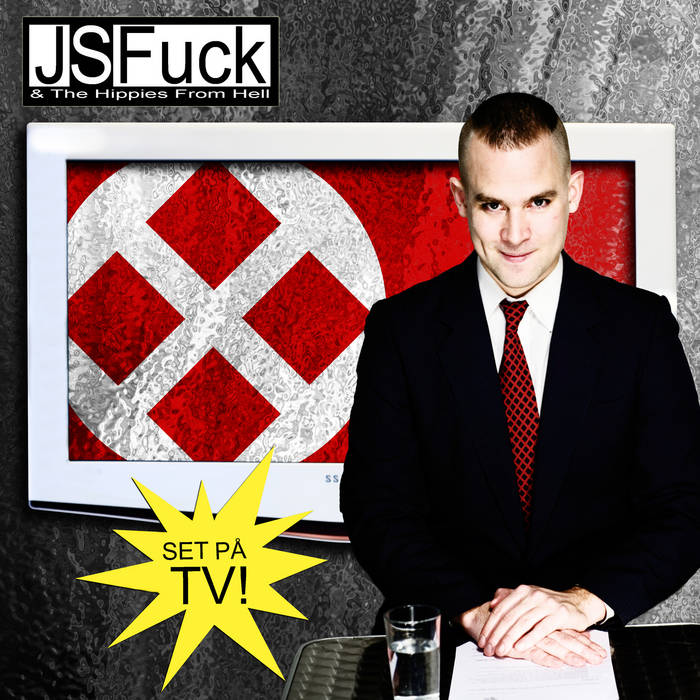 Concept extremerock/glampunk album with ironic lyrics in danish about the brainwash of the massmedias, where every song is a TV program and the whole album an evening on the TV station J.S.Fuck.

The album was finished 2007 when the eviction of Ungdomshuset Jagtvej 69 and the dystopic lyrics of the album became more real than ever.

The music is an hymn to both hardcore punk and symphonic progrock and just as the name J.S.Fuck suggests (refering to J.S.Bach) a symbiosis between high art and primitive energy.

Sune "Køter" Kølster composed, wrote and sang this record, with his band "The Hippies From Hell" with Troels Drasbech on drums, Hjalte Amundsen on bassguitar, Mads Heldtberg on Guitar and Mads Wegener on Guitar.

The album is produced by Sune, recorded by David Ciccia, mixed by Flemming Rasmussen and mastered by Jan Eliasson.

Sune "Køter" Kølster is a composer from Copenhagen Denmark, and this is the discography of the records he wrote the songs and lyrics to: The styles goes from hardcorepunk starting as singer/bassplayer in "Guddommelig Galskab", extremerock with his solo project J.S.Fuck, to accoustic middle-eastern rembetiko from the 30's with his band Sunes Teké and jazzy psykedelic folk with his Lovesongs. ... more

Bandcamp Daily  your guide to the world of Bandcamp